The 20’s were full of remarkable technological advances that improved America’s society drastically.  One example of this is America’s attendance to motion pictures.  Because working hours were cut and wages improved, Americans had more free time and a bit of extra money to spend, they looked for more sources of entertainment.  Motion pictures were the answer to their desires.  The technology needed to make motion pictures had been around long before the 20s, but rose to new heights during this time period.  For most of the 20s, the studios in Hollywood that monopolized the other movie companies made only silent movies.  Silent movies were popular due to the high number of immigrants that didn’t speak English because they were able to follow the story.  Between 60 and 100 million Americans went to the movies each week . Charlie Chaplin was the most famous silent movie star and played the Little Tramp. An actress named Mary Pickford was known as America’s Sweetheart, and an actor named Lon Chaney starred in many horror films, including Phantom of the Opera.  In 1927, the release of the movie “The Jazz Singer” changed movies forever, as it was the first movie with sound matching the actions (Werner, Levy, Roberts, Taylor 231-232).

The phonograph and radio also contributed to America’s technological growth and helped create a standardized culture.  People in all parts of the country listened to the same music and learned the same dances.  The radio was originally invented in the 1890s by Italian inventor Guglielmo Marconi, but it was used only by military technicians and telephone operators. In the 1920s, an executive of the Westinghouse company started a radio station called KDKA in Pittsburgh, Pennsylvania which was very successful. In 3 years more than 600 licensed stations broadcasting to more than 600 million radio sets (Werner, Levy, Roberts, Taylor, page 233). Think about how this trend took 3 years to travel around the world, while nowadays, it may take a day with the aid of the internet.  Technological improvements over the years are amazing concepts to think about, as what was an amazing piece of technology not even 100 years ago, is now barely comparable to the technology we currently have. 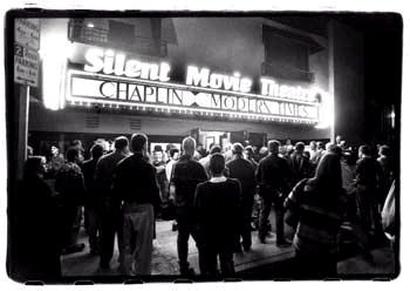 Going to the movies became a popular pastime for Americans who
could afford it in the 1920's.  Most theaters charged 5 cents, which
was more affordable for people than it had ever been before due
to the economical boost that the 1920's experienced.  Due to the
growing popularity of movie theaters, more and more movies hit
the screens, and earned massive revenues.
This is a video discussing the movie industry in the 1920's.  It talks about how it rose to it's peak, and what kind of movies Americans enjoyed at this time.